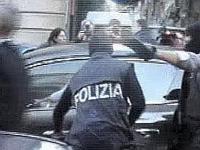 Rome, 26 Jan. (AKI) – Pietro Belziti was 78 years old when he was gunned down in the southern Italian region of Calabria in July last year. He was strolling along a busy street in the town of Piana di Gioia Tauro on a hot summer’s night when he was shot in the back six times by a killer who has never been found.

A new book entitled, ‘MalItalia‘ (The Evil Within Italy) says this kind of crime is common in the south of the country where the mafia known as ‘Ndrangheta is becoming more powerful than ever before.
No-one has been found guilty of the crime which was committed in the centre of town in front of everyone. According to the book nobody knew what happened and nobody saw a thing.

But ‘MalItalia’, compiled by Italian journalists Enrico Fierro and Laura Aprati, not only looks at the spread of ‘Ndrangheta but presents a snapshot of the mafia elsewhere in the country, from the Cosa Nostra in the Sicilian city of Trapani to the powerful Camorra in Caserta, outside Naples.

Pitched at young people, ‘Malitalia’ is accompanied by a DVD video and includes accounts of journalists and crime fighters committed to fighting the spread of organised crime.

“The growth of the mafia is devastating,” Aprati told Adnkronos International (AKI) in an interview on Tuesday. “Economically it has generated enough wealth to cover all of our country’s debts and it could offer unemployment benefits for everyone. This economic power determines its role in the social life and businesses of the country and often determines choices about both of them.”

Aprati also spoke about the collusion of the mafia and its penetration of Italian culture. “It is very subtle,” she said. “So your lawyer or your doctor could be very close to a certain (mafia) clan and you would not know it. The mafia is liquid and odourless so it is now inside us more than we think.”

Fierro and Aprati said that in several regions of Italy residents are fighting a war of general indifference. The book speaks of places and cities, entire areas of major cities, where people live and die as if they were in a war zone.

“There are snipers who shoot, bombs that explode, death squads that carry out sentences executed by secret courts and outside the laws of the state,” the authors said.

One of Italy’s senior anti-mafia prosecutors, Vincenzo Macri, endorsed the book and said it was important to raise awareness about the spread of organised crime from Europe to Australia. Macri said German police were totally unprepared when six Italians were brutally gunned down in the town of Duisburg in a mafia feud in August 2007.

He said there was a “new emergency” and judicial authorities in Europe and other parts of the world had to recognise the growing clout of organised crime.